So yeah, I've built a desktop computer two weeks ago! It's awesome. Have had it running continiously for a bit over 10 days, sort of stress test for the long term that I was told about. 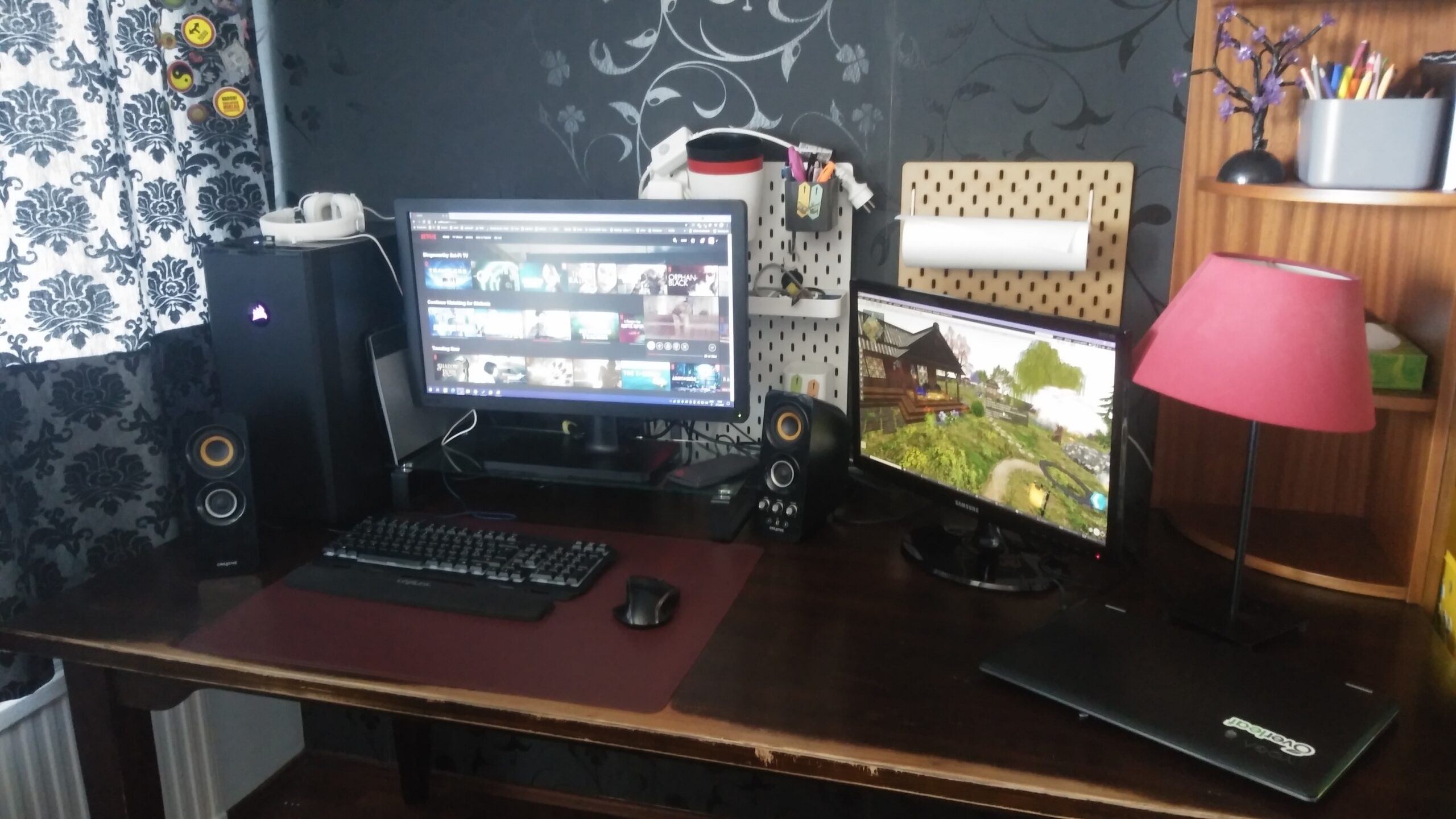 The computer has some RGB, but I have the glass side of the case facing the window because it happens to fit my setup better. Of course I set it to purple theme, it lights up the front logo of the corsair case. Picture doesn't show my current keyboard.

After two weeks, the keyboard I bought was giving issues, disconnecting after certain amont of presses (essentially every 10-20 strokes), as if it couldn't handle being in a 2.0 USB port, even if that's exectly what it was designed for, said so on the box. Got a full refund even if it was a few days past the 2 week return policy of theirs, because I was returning it because of sticky keys and disconnections.

Went and bought a machenical keyboard (logitek G413), thought I found a quite one, oh how wrong I was. I went back to the store to exchange it for a Corsair k55 RGB pro. I'm liking it way more, though it was a bit dumb at the beginning. First I had to download the software to manage the light show, iCue, but it didn't notice the keyboard, so I could not use it to update the firmware on the keyboard, which was bugging out and failing to notice input too often, so I uninstalled it after trying lots of tricks to get it to work. Downloaded it again, apparently I had gotten version 3 previously, but the version 4 worked fine.

So we got a customized rainbow light show now, no issues with the input after the firmware got updated, but the keyboard was still being a bit dumb. It was as if it would sometimes fail to communicate with the software in charge of the RGB, so it would default to something I really hated (it just gave me the impression that the color changing effects were bad, but I learned that it was better than I thought). I had to replug the keyboard whenever that happened to get it to correct the color show (thankfully the keyboard worked fine for typing in the meanwhile), and 3rd time seems to have been the charm, it has managed to stay in rainbow mode.